We invite nominations for 2022 IEEE Chicago Early Career Awards in Magnetics and Nanotechnology as our second annual award call since 2021. The awards aim to promote junior researchers area in their early career stages seeking for permanent academic positions, and to provide a platform to establish interactions and future collaborations in the area of Magnetics and Nanotechnology. The candidates are expected to demonstrate outstanding achievements in research in the discipline of Magnetics or Nanotechnology, and show potential to be successful in their future academic and research careers.

Following the success of the Awards in 2021, this year there will be a total of 2 awardees for the Early Career Awards (one each in Magnetics and Nanotechnology). Each awardee will receive a cash award and an award plaque with a short quote of the achievement. In addition, the awardees will be invited to give presentations about their achievements in the 4th Joint Annual Meeting of the IEEE Magnetics Society and Nanotechnology Council Chicago Chapters, which will be hosted as a hybrid meeting in November 2022. The registration is free and will come soon along with the meeting agenda.

The nominated candidates should meet the following eligibility criteria:

IEEE Magnetics Society (www.ieeemagnetics.org) focus is on all matters involved in the fundamental development, design, and application of magnetic devices, including magnetic materials and phenomena. The society sponsors numerous conferences throughout the year. 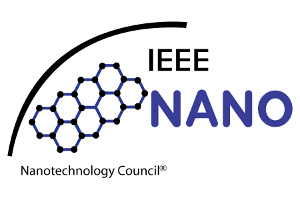 IEEE Nanotechnology Council (www.ieeenano.org) is a multi-disciplinary group whose purpose is to advance and coordinate work in the field of Nanotechnology carried out throughout the IEEE in scientific, literary and educational areas. The Council supports the theory, design, and development of nanotechnology and its scientific, engineering, and industrial applications.

FacebookTwitterRedditLinkedInWhatsAppTumblrPinterestVkEmail
Page load link
IEEE websites place cookies on your device to give you the best user experience. By using our websites, you agree to the placement of these cookies. To learn more, read our Privacy Policy. Accept & Close
Go to Top